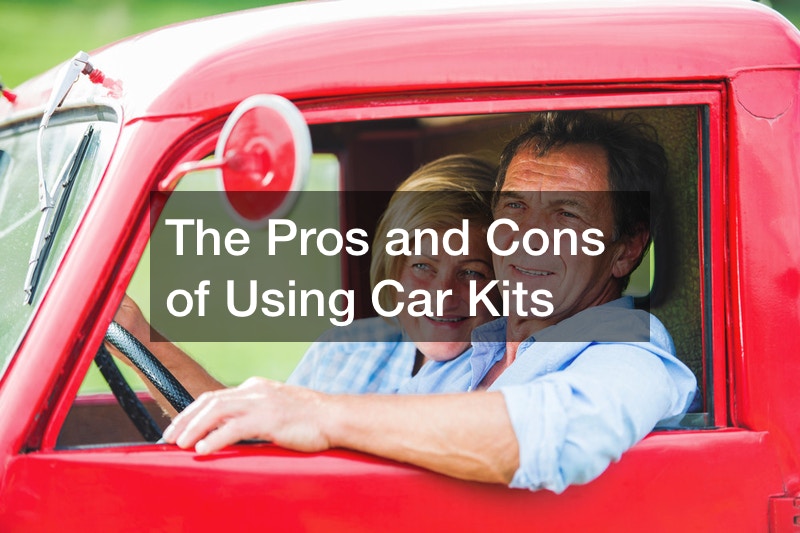 If you’ve never set to work to build a kit car before, you may be uncertain as how to best proceed with your build, and for that matter what to expect of the car once it’s finished. Right now, car kits are beginning to build in popularity, though they’ve been in existence for decades. Sometimes referred to as component vehicles, kit vehicles are sold as a bundle of parts, whereas a normal car would come pre-assembled. This means that the task of assembling the car would be left to the buyer. While this is exciting for some, for those that are newer to the worlds of kit cars may be worried about whether or not what they’re buying is going to actually end up being a car, or if it is simply meant to be a model.

When building a replica car, you are in fact building a var outright. After it has been fully built out, a kit car functions just as a normal car would. However, the builder will need to turn to their motor vehicle department to ensure that the car has been fully built out to the state’s standards. Afterward, it can either be driven daily as any car would be; or it can be driven in a restricted capacity as determined by the owner’s insurance specifications. The only real difference between a well-built replica car and a typical vehicle is that the replica car was built out by an individual or individuals, while the typical car is built by a major manufacturer.

Kit cars are more available now than ever before. Kits can be bought online, although some people prefer to find them at local car shows. The great thing about buying a kit in person is that you can have a better idea of what you’re getting and whether or not you’re fully capable of building a replica car if you inspect the kit in person. But if you have a rarer replica car in mind, you may need to buy it online rather than at a show. Nonetheless, it’s normal to be a little intimidated when handing a kit car for the first time. With that being said, we’re looking into the pros and cons of working with a kit car, and what to expect when you begin to build out a replica car for the first time.

If you’re not overly familiar with building out a kit car, there is nothing more rewarding than building a replica car yourself. While it may be easier to simply go to a Ford dealership and choose your car yourself, there is something special about building a car from the ground up with your own hands. Certainly, a kit car is not necessarily what we would call a custom car. It still adheres to the standards set for the car you’re attempting to replicate, which ensures that you don’t go too far off the beaten path when building your car. But you’ll feel more responsible for your own vehicle when you build it yourself.

There is a certain degree of value that comes from building a replica car that you just won’t get from buying a car off a lot. While a lot of people can buy cars, building a car takes effort, dedication, and yes, love. Though you may not necessarily be looking at a kit car in the same way that you would look at a standard car in terms of investment, there is a lot more that you can get from these types of cars emotionally.

Con: Value Can Be Difficult to Hold

If you’re worried about all of your cars holding their value consistently, you may not want to buy a kit car. The old adage is that a new car begins to lose value as soon as it leaves the lot, and in many ways, a kit car can be compared to a brand new car in this sense. Additionally, kit cars are typically unique vehicles. While this means that they can’t easily be found on the market just anywhere, it also means that they toe a thin line between being functional and being impractical. Furthermore, kit cars are replicas of genuinely unique vehicles, rather than being the actual article themselves. Although there are different shows through which kit cars can be displayed, they don’t hold the same pastiche and value as genuinely old cars.

While there is no guaranteed way for you to add value to your kit car, there are means through which you can make your car more appealing. As you begin building a replica car, you should start thinking about how you can make your car stand out. The more complex the kit, the more valuable the car generally is, in recognition of exactly how much effort you put into building the car. Additionally, there are ways that you can make your kit car more impressive than standard vehicles made from the same kit. You can do this by using high quality paints, as well as unique colors. The more high end the paint and bodywork, the more valuable the car. You can also increase the value of the car by adding in parts from donor vehicles. These can potentially increase the functionality of the car, perhaps by improving its liquid and gas flow, among other things.

But you should remember that the more money you put into any car, the more you stand to lose when you sell the vehicle. Therefore, if rebuilding a replica car is your passion project, you need to make sure that you’re being careful. The last thing you want is to put so much money into your replica car that when you sell it down the road, you take a huge financial loss. If pouring a lot of money into your replica car is something that you understand and are committed to, then feel free; but don’t spend a lot on building your replica car because you feel that it will be a solid financial investment. Understand that building a replica car is something you do for the love of it, and don’t commit to it unless you are prepared for the financial obligations.

The cost of building a replica car is really what you make of it. You can potentially save money when taking this route, paying a relatively small amount of money for a great car; or you can pay the equivalent of what a small house would cost for one vehicle. It really depends on the car you’re interested in, as well as the manufacturer you buy your kit from. One thing is for certain: when building your own car based off a kit, you don’t have to necessarily take out the same kinds of car loans expected for a car bought from a dealership. Those that buy kit cars typically do so outright.

While the idea of paying for a kit car outright might be intimidating, it doesn’t have to be. For example, some Shelby Cobra kits come in at under $13,000. But with that being said, the kit itself isn’t the only expense that you need to keep in mind. You may also need to buy parts from other cars in order to accommodate changes that you’d like to make in your vehicle. Additionally, you’ll need to consider what will be necessary to finish the build itself. For example, you’ll most likely need to buy paint, as well as various finishings within the car, such as upholstery. Additionally, you need to consider tool and equipment rentals, and in some cases the rental of a garage space.

Of course, building a replica car is just part of the process. You’ll also need to consider having the car registered, as well as emissions testing, which also costs money. In most states, the car will need to have an approved inspection before it is registered. Furthermore, you’ll need to buy insurance. Some states may require that you buy specialized insurance for a car that you built yourself. This will not only add to the expense that comes with building a replica car but with the hassle as well. The fact is that building a kit car is not exactly convenient, even if it is fun. But if you’ve decided that it is the right path for you, there are some things to keep in mind ahead of time.

How Should I Get Started When Building A Kit Car?

As previously mentioned, you’ll typically come across car kits at car shows or online. But there is more to them than what may initially meet the eye. You need to evaluate manufacturers and sellers carefully and ensure that you’re buying from a reliable distributor. Additionally, you’ll need to know exactly what to expect when buying a car kit.

When you receive your kit, you’ll receive everything that you need to build the car except for its engine, the transmission, the tires, the rear end, the wheels and tires, the battery, paint, and a fuel pump. What does this require of you? Largely, some research. You’ll need to get in touch with your car kit’s manufacturer in order to understand exactly what type of engine you need to look for. But remember: every part of the car matters. Just as you would need to make sure that you’re getting all of the necessary parts from helicopter parts suppliers before taking a stab at flying a helicopter, you also need to make sure that you’re buying all of the correct parts for a car kit before you attempt to build a car and declare it ready to drive. The engine of the car in particular will greatly affect its performance.

What Should I Expect From a Kit Car?

When building a car from a kit, you probably aren’t going to be building a utilitarian vehicle meant to cart kids to and from school. Most kit cars are sports cars or old-fashioned model cars. Generally speaking, the speed and performance of the car are going to depend on the model that you are attempting to replicate. You should have an idea of what the car’s performance will be like after reading over the manual that comes with your car kit.

Yes, there will be a manual. No car kit manufacturer will expect you to simply build your car without help. A manual will give you instructions as to how to build your car and can prepare you for what to expect from your vehicle. Although the performance of the car can ultimately be affected by the parts that you choose to buy from other models, you should have a general idea of what you’re getting into when you build your car.

How Difficult Is Building a Kit Car?

Generally speaking, placing the engine can be one of the hardest parts of building a kit car, as well as fitting the rubber trims and weather gear. This can take some time, as well as a good bit of trial and error. Generally speaking, it can also take you time to have your car deemed road-worthy; this process may take weeks, and sometimes months. But in the long term, going through this process the right way is worth it. The last thing you want is to spend a lot of time building a car, only to have it deemed unsafe to drive.

Again, building a kit car can be quite exciting, and certainly will give you a sense of ownership over your car that is difficult to replicate otherwise. But you need to make sure that you’re going by the book the first time around, to ensure that you not only spend your time wisely but get the car that you really want in the end. The more you build vehicles, of course, the easier it will be for you to work with these kits. But in the beginning, tread carefully; just don’t forget to have fun, too!